Can We Do Better?

A Story in There

Recently, when I returned home from an errand, I recounted to my spouse an interaction I had just experienced. Having walked beside me for so many years, while appalled, her response was predictable. She simply said, “There has to be a Be There Dad story in there”. And so, there was. And here it is.

It was mid-afternoon on a Thursday. I was taking my wife’s car to the gas station and the car wash. The traffic was just beginning to build for the rush hour, but there was plenty of space.  I drove along the four lane road in south Charlotte headed towards Matthews. In the right lane just ahead of me there was a shiny black German-made sedan. I noticed it because I had owned an earlier version of the same car and it has always been my favorite car.  As the traffic slowed in that lane, I passed the sedan and observed the driver as a gentleman about my age.

A One Finger Salute

As often happens, the traffic slowed in my lane and the traffic in the other lane kept moving. When I looked to my right, 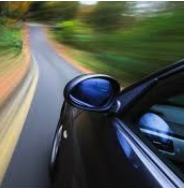 I watched as the man in the fancy sedan passed me. However, I was taken aback when I saw that he had rolled down his window and was aggressively giving me a “middle finger salute” with a scowl on his face. He went on by.  When the traffic slowed in the other lane, I moved ahead. But then, the same driver passed me again. For a second time he pointed his middle finger at me with a look of disgust. I wondered, what had I done to incur the emotion of someone I did not know or had never seen before.

A bit disturbed, I quickly took account. Had my driving caused his anger? No, when I pulled onto the road the traffic was clear and I had plenty of room. Afterwards, I had stayed in my lane and proceeded with the flow of the traffic.

Having approached me from the right rear corner of my car, it was unlikely that he could have seen my face before he came along side and displayed his feelings. Therefore, I surmised there must have been something about the car that set him off. Once again, I took account. I was driving my spouse’s car, a large white SUV. There are many like it in the south Charlotte suburbs. There is a college decal on the rear window. It is from our kids’ college and includes the “Mom” designation.  Also there is a license plate frame proudly showing that she is an alumna of another small college here in North Carolina. I couldn’t imagine that either school has the kind of rivalry or creates the dislike that would cause such disdain.

Now I See It

In the meantime, I had reached the convenience store and pulled to the gas pumps. As I walked around the rear of the car, the “aha” moment occurred. I was reminded that there were magnets with the names of two candidates for Congress on the tailgate.  Unfortunately, it seemed clear to me that those two magnets showing our support for those candidates must have been the source of the driver’s response. I cannot say for sure, but given all the “evidence,” that seemed the most likely conclusion. 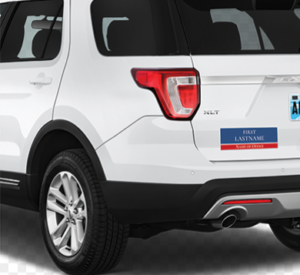 Even if my conclusion is not correct, I still wonder about the actions of the other driver. Why have we allowed our society to slip to those depths of incivility? How have we allowed people to engage in such public display of rudeness and profanity?  Whether he was opposed to the candidates on the magnets, he had a dislike for the colleges we had attended or he just did not like our car; why did he feel a need to lash out so emotionally? Especially when the “whole world is watching” on a busy thoroughfare. Isn’t there a better way to share our opinions and disagree? Was there even a need to express his disagreement with me at that moment? Isn’t there a time, place and manner for that?  On election day?

If you read these articles, you know me well enough to believe that I would not be persuaded to change my views by this man’s actions. On a darker note, I would not be intimidated by his behavior either.  I hope you think I would be open to listening to his point of view if he had taken a different tact. I can think of many ways in which someone might try to influence me with data and facts presented in a polite, rational, and coherent manner. I am willing to consider that I have missed something. But, signs of aggression and profanity should not be the means. By the way, those tactics just don’t work.

I hope we all wonder, how we have allowed the way we communicate to move in this direction. But more importantly, I hope we consider how we stop the digression. I hope we remember our responsibility to our children to act in a civil manner towards everyone. That is the type of positive public behavior that Be There Dad is attempting to promote.  As a community of dads, by sharing our stories and thoughts, we encourage each other. We give each other more experiences from which to build the lessons we put in those backpacks. With that objective in mind, our presence in our children’s lives is becoming more critical all the time. When I was a soccer coach, I always believed that I gave my players permission to act in the same way I did.  They were always looking to me for direction.  What can each of us do to assure our community is a courteous place to live?

In the end, maybe that “gentleman” did me a favor. As my wife recognized, there was a Be There Dad story in my encounter. His behavior gave me an opportunity for all of us to revisit the question, “how can we do better?”

As a postscript, the following week I was on a business trip to Indiana.  Early in the morning I passed through the exit from the toll road.  Commenting on my business attire, as she took my payment, the booth attendant said, “Good morning, you look nice today.”  I responded, “So do you. Have a blessed day.”  “You, too,” came back to me.  Two strangers. A brief encounter.  Both starting their days with a kind word and a smile.  Setting the tone for the day.  As the sun rose over the cornfields of my home state, I was comforted in knowing there is still courtesy and caring in this world.  It is our challenge to assure it is revealed and lives on.