Finding Nemo.  A classic movie.  A part of our American culture.  Have you seen it? Most of you will say, “of course, hasn’t everyone?”  You probably can name at least one character.  Marlin. Dory.  You may know the real life voice of a character.  Ellen DeGeneres.  Albert Brooks.  And maybe, you remember a line. “I will never let anything happen to you”.

Believe it or not, until this week, I had never seen the movie.  I guess when it was in the theaters, my children were not at the right age to go with me.  Even though we have had the DVD for over ten years, there was never need or motivation for me to invest the time to watch it.  No apologies, we all miss something along the way 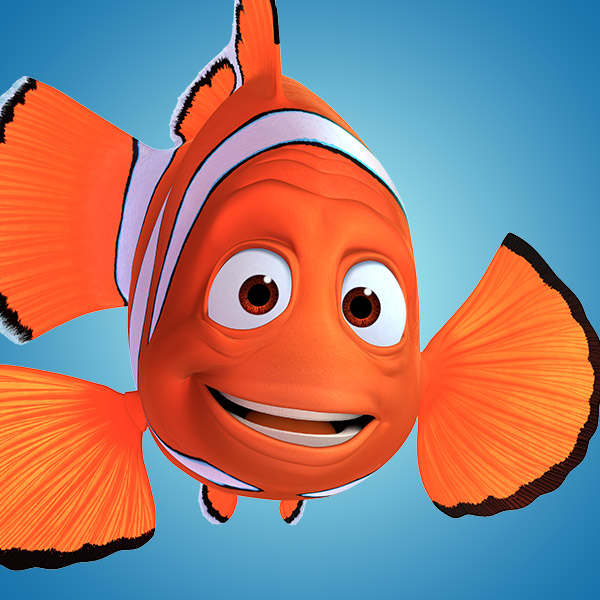 But, now comes Finding Dory, and my world of Be There Dads is again a buzz with conversations about these adorable icons and references to both movies.  I felt out of the loop.  I felt determined to keep in touch.  Soon I will go to see Finding Dory so I can join in the conversation, but first, didn’t I have to “catch up?”  Didn’t I need to see Nemo first?  I thought so.  So, I made a date with my wife and daughter to watch.  We dug the DVD from the back of a cabinet and with my daughter at the controls of  the DVD player, we all watched.

Now I can be part of the conversation, too.  I know Nemo.  I know about his lucky fin.  I know Marlin, Dory, Gill and Crush [Dude!] I know about the adventure.  I know about the relationship between the father and the son.  I understand how they all fit into our world.  Now I can take the next step and go Find Dory without feeling lost.  I have “caught up”.

Even though I missed the original release of Nemo, I believe it is never too late to learn what others know already.  Thirteen years later the movie enlightened me.  For the first time in my life I looked at the world through the eyes of a clown fish dad.   I watched and listened.  Marlin shared his feelings about the comfort and security of his reef.  He shared his fears of the “open water” and the unknown that lurked beyond.  I felt his discomfort when others made assumptions about the way he looked and his ability to “make them laugh”.  I could relate to his struggle with “letting go”.

While this may seem silly, I now know how an orange clown fish dad sees the world.

Finding Nemo reminded me that all dads live in the same water.  Dads everywhere are helping their kids to grow, and we worry about the same things.  We all love our kids enough to confront the sharks, the jellyfish and the currents to keep them safe.  But sometimes we forget there are other dads who will help us as we swim.  They may look like sea turtles and pelicans, but they are dads just like us.

It is never too late.  It took me years to find Nemo.  But I saw the need and I made the commitment to understand.  I am better for it.  Now, I need to pull those other movies off the shelf.  They are about all kinds of “dad fish”.  Big dad fish, small dad fish.  Fish of bright colors and those who blend in.  Those that blow up.  Dads with big teeth.  Fish who look like me.  Fish who do not.  Dads I have seen for years, but never taken the time to know.

I am determined to watch more real life movies starring dads and their kids.  I want to learn about them, too.  I want to understand their stories.  Be There Dad is determined to bring together a community of dads from all parts of the ocean. If we are willing, together maybe we can all find each other!