Recently, I shared a copy of my book, Take Them by the Hand

with an old friend.  Our conversation reminded me of a chapter that I think is particularly relevant in our world today.  Sometimes we need to reflect on the past in order to enhance our perspective for the future.  This excerpt from my past describes our pre-game prayer circle when I was coaching youth soccer.

My wife’s grandfather lived to be over eighty years old. He was happily married to the same woman for over fifty of his years. During the time that I knew him, he was a role model to me on how to be a loving husband, a wonderful father and an outstanding grandfather. In the last years of his life he told me that he and his wife spent a great deal of time together sitting in their apartment watching television. He told me that usually when they sat together, they held hands. Jokingly, he said that was part of the secret to their long successful marriage. He said that holding hands kept them from hitting each other!

In our league, before each game, we form a circle at midfield and join hands. Then, one of the coaches or the referee prays. This simple ceremony reminds us of what is truly important and allows us to thank the Lord for the blessings He has given us. It also works to put the players, coaches and fans into the right frame of mind – of fair play and good sportsmanship.
A couple of years ago, I began to invite the parents and other spectators to join the younger players and coaches in our pre-game ritual. I thought we could bring the same spirit to the fans. My idea was inspired by my grandfather-in-law. I figured if we were all holding hands, it would be much harder for us to take shots at each other.  After some encouragement, the parents of my teams began to take the circle for granted. A simple invitation to the opposing parents was all that was needed to get them to join us as well.

As I watched the parents and players join in the wider circle, I saw an opportunity to take yet another step—to use the moment for discipleship.  I thought perhaps I could interject a bit of scripture while everyone was focused on caring about each other. … [among others] Ecclesiastes has always been a good place for me to go. Once I quoted, “For every thing there is a season and a time for every purpose under heaven.” I suggested, that during the week we have many things to do that keep us busy like work and school. But, this is the time for another purpose. This is our time to have fun. For the next hour, let’s all put our worries and cares aside and just have fun. 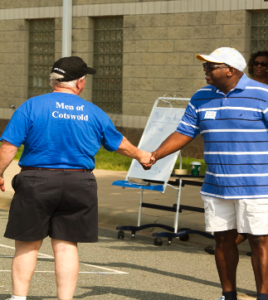 I have discovered that until they experience some other league, our young players do not think we pray BEFORE the games, they think we pray AS PART OF the games. As I stand on the field week after week watching parents and their children joining hands to pray with each other, I wonder what might happen if we joined hands before other important events—like PTA meetings, board meetings, court trials and business meetings. If we prayed as a part of those meetings, I wonder if we would approach them differently? I wonder if the results would be different?
I wonder what it would be like if we focused less on winning and losing and more on helping each other. What if we focused more on our values rather than our profits? Or, if we focused more on seeking justice rather than revenge? What if we searched for equality rather than superiority? I wonder what would happen?
Perhaps the first step towards solving the problems of the world is for all of us to join in a circle and hold hands. At least if we did, it would keep us from hitting each other!

With that perspective from my past, today I wonder. 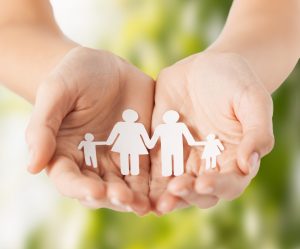