I Can Only Get Better

Today, I re-visit an article we published in 2012.  If you look past the names and location, like so many Be There Dad concepts, I believe the thoughts are as relevant today as they were back then.

I Can Only Get Better

I marveled at the spectacular opening ceremonies [and no doubt will do the same for the closing ceremonies in the next few days]. And I watched intently as the most famous, most elite of the athletes have appeared on the screen over and over again. Michael Phelps was among them. I love to watch Misty May Treanor and Kerri Walsh Jennings as much as the next guy; and I have admired the superior play of the men’s basketball and women’s soccer teams along with the gymnasts. 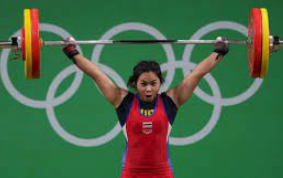 But as you might imagine, the athletes I like the most are the ones who compete in relative obscurity. They are the ones who we rarely see on the screen. The women weightlifters, the wrestlers, and the water polo team. These are athletes who compete for the love of the sport. They have found what they want to do. They have found their passion. And, they compete with the same zeal as their team mates who are featured on prime time. I love these folks. They are true athletes. They know that playing is as important as winning. On my daily runs, I think of these folks and smile. They are my heroes.

Interestingly enough, there have been two commercials which have run repeatedly during breaks in the action that support the spirit of those athletes. Although I know these ads are carefully designed to evoke emotion and get us to buy products; two of them have caught my eye as having a message which is separate from the sales pitch. Both show Coach Jeff moments. I hope others have seen them, too.

The first is a Nike commercial showing an overweight teenage boy as he struggles to jog down a lonely road. As the boy comes closer, the announcer tells us to “find your own greatness”. As I watch, I think of the many times on the soccer fields when I handed a young player a lollipop after he had found his own greatness that day.  “Find your own greatness.” I wish I had said that. Today, I ask groups of dads, “How do you define winning?” In my own words, I have urged them to help their children find their own unique gifts, whatever they are. Their own greatness.

The other spot is a trailer for an upcoming movie called The Odd Life of Timothy Green. In one of the short clips, as the exceptional young boy named Timothy sits on the soccer field, apparently after playing less that superbly; his coach asks him, “Why are you smiling?” His reply, “because I can only get better”. With hope and faith like that, love cannot be far behind.

In our lives, each moment has worth. And even in these two moments of pure capitalistic intent, there is value, if we just look. These moments define sports for most of us. We compete in obscurity with few others viewing or even knowing of our accomplishments. We play for the love of the sport. And, no matter where we start, with hard work and dedication, we can “only get better”. Just like that one good five iron we hit in a round of 110, hope brings us back to the first tee again tomorrow. Eventually, at some point in our “careers”, we understand that victory is not measured by the performance of other players, but simply against our “own greatness”. 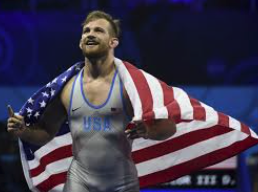 And so it is with life itself. If we work only for the fame and fortune, we are likely to fall short, for so much of those two are wrapped in timing, chance and popularity. But no matter what level of notoriety, if we find something we love and pursue it with passion, we will be successful. If we understand that we can only get better, we will find reward as we continue “the climb”. And when we finally discover our individual greatness, it is more likely we will have found it along the journey than at the destination.

As the Olympics continue to flash by, showcasing the gold medal winners, world records, spectacular settings and special effects, there will be many opportunities to watch with our children and have intentional conversations about setting huge goals, and having big dreams. But as I watch all the other moments, I hope I will not lose the chance to talk about finding our own greatness, “getting better” and smiling because we can.
To the female weightlifters, the overweigh jogger and Timothy Green, I say, “Everybody is a star. I can feel it when you shine on me.”

Courage To Be Uncomfortable
November 28, 2021

Climbing the Mountain
June 29, 2021
Search BeThereDad.org
Most Recent News
Be There Dad Archives
Go to Top