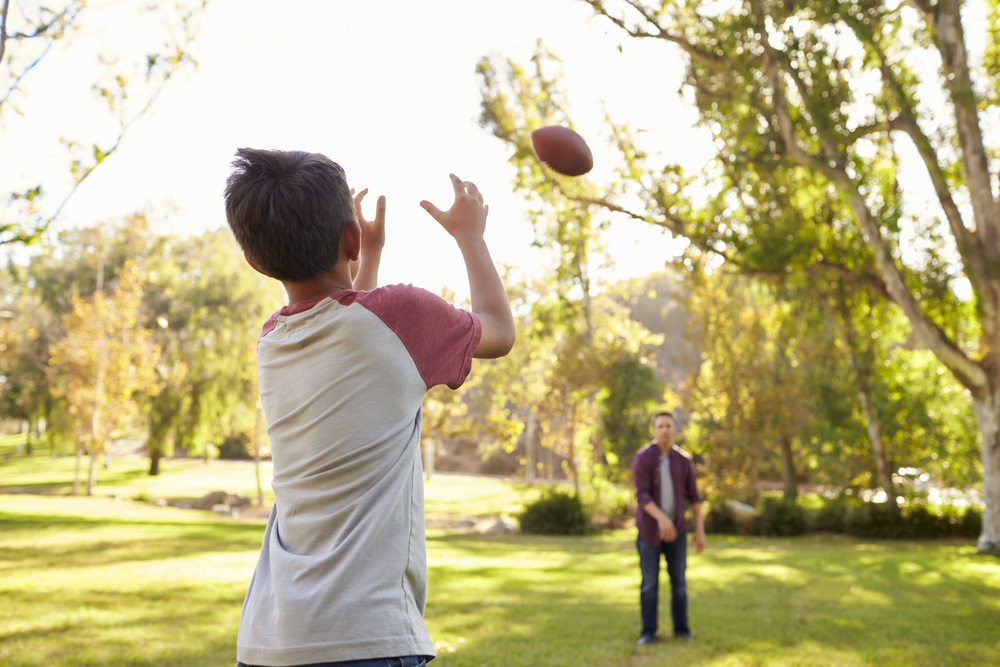 Hut 87! I turned and gave my best Drew Brees-like fake handoff to an eight-year-old running back before he released down the field. That deftly executed fake held the imaginary linemen just long enough for me to take three steps back, set and launch my Nerf ™ football in a perfect spiral. Ten yards away, it landed softly in the hands of the most gifted [and only] receiver on the field. As he ran past the mailbox acting as the goal post, we both raised our arms and celebrated yet another touchdown that sunny afternoon.

My wife’s niece and her family had spent the night at our house on their way to the beach. Today, attired in suit pants, dress shirt and wingtip shoes, fresh from a business meeting, I was playing some football with her grand nephew. In our two-man huddle, we called the same play over and over. “Hut 87.” With rare exception, for forty-five minutes that play worked every time “just like we drew it up”.

No matter there were no other players. No matter we were not dressed in full uniforms and pads. No matter the old Nerf football had a chunk missing. We played on. Cheering and laughing. As his great aunt, mom, and older sister passed by, loading the car for their imminent departure, my little receiver called out, “Watch! This is Hut 87!” And with one eye on the “crowd” and the other on the ball, we would complete the pass one more time.

How many times have I thrown or kicked a ball to my own children in the same way? I rarely get the chance to toss a ball any more. But, when I do, it all comes back. In my neighborhood, with a soft football, fifteen yard routes and young receivers, I can feel as good as Joe Montana on any given day. No calls from the Hall of Fame, rather one small voice that repeats, “just one more time”.  I’ll admit he spoke for both of us. I could have played all afternoon.

On this weekday, I had plenty of work waiting on my desk. But I was patient and stay engaged. I was reminded of the words of Pastor David Chadwick , “Children spell love T-I-M-E.” A little time from my day. A little attention for a child. Kids cherish that more than anything else. Truth to tell, when his mom finished loading the car and called him to come for the rest of their trip, this red-cheeked running back whispered, ”I’d rather stay here and play football with you.”   That wasn’t a tribute to me or my football skills, but rather to the Be There Dad concept – the Power of Presence. Be there and good things will happen. I know now how important that presence is to children. I have come to realize how important it is to me as well.

This summer, we will rent a condo at the beach for a week like we have done many other summers. Although my children are grown and live elsewhere, they and their friends will join us for at least a few days. Since my children were in their early teens, on many vacation days they have gone their separate ways engaging in their own adventures and activities.   But we have always maintained one ritual. Family dinner. Whether around a large table feasting on burgers we cooked on the grill or at one of our favorite local seafood places, we all eat together every evening.

When we gather, we talk about that day’s activities, time on the beach, in the water, bike rides, shopping trips and the like. Then, we reminisce. We share what I call family folklore. We laugh again as we have before at the stories of years gone by that only those close to us know. Sometimes, my daughter and I look at each other and recall our own favorite football play, “fake 23 blast with a backside George reverse”. And now, often before the meal is complete my children share new stories. They talk about their jobs, their friends, their own adventures and their hopes and joys. 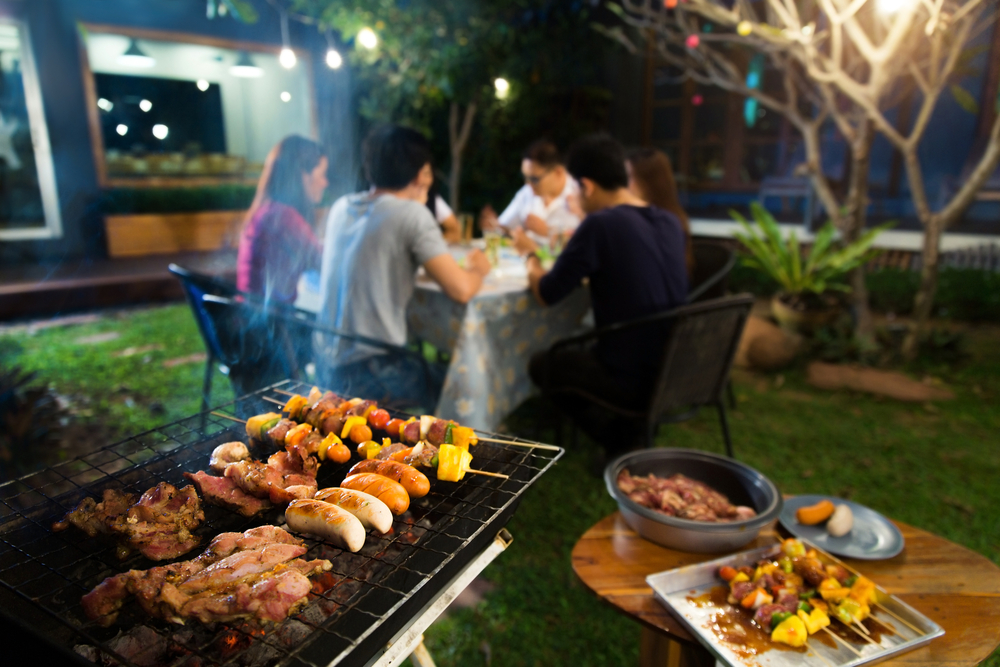 Those dinners are my favorite time of every year. Just like our nephew, it is the time I get undivided attention. This is no longer the time I spend with my kids for their benefit, but it has become the time they spend with me for my benefit. Now, they are the ones who are giving. They have busy schedules. They have things to do. They have friends and relationships. In fact, on any given night at the beach, they might rather enjoy eating somewhere else. But they dine with their mother and me. For that brief time, they stay engaged and patiently throw us passes. They give me their T-I-M-E. That is how they have learned to spell their love for me.

Our lives go by before we know it. Along the way we have the chance to spend time with our kids. Throw a football. Watch a movie. Play with Legos. Share a meal. It is our choice to be there. Not surprisingly, after that “football game”, I discovered the work I had put off was still piled on my desk. Re-energized, I slid through it and not one client cared that I had played in the Nerf football league earlier that afternoon.

WHAT WILL HE REMEMBER?

And so I wonder, what did that little boy take away from that bright sunny day? What will he remember? Somewhere in that imaginary backpack he carries through life, will there be a memory of playing football in the street with Uncle Jeff? Will there be a small sense of what it means to have a relationship and to spend time with someone you care about? I wonder, somewhere sometime will he give that time back? Maybe to a younger brother who wants to learn to run Hut 87? Maybe to a classmate who needs a friend? Maybe some day a long time from now, will he give it back to his parents during dinner at some beach?

I like to think that life is truly a circle and that the measure we give is the measure we will receive back. This summer, when I sit eating shrimp and grits, I will listen as my children throw me the footballs of their lives. I will catch them and smile. I will feel the power of presence touching me this time. I will feel their love. And, when no one is looking I will throw my hands in the air and celebrate another blessing in my life.