Nobody Wins Until We All Do 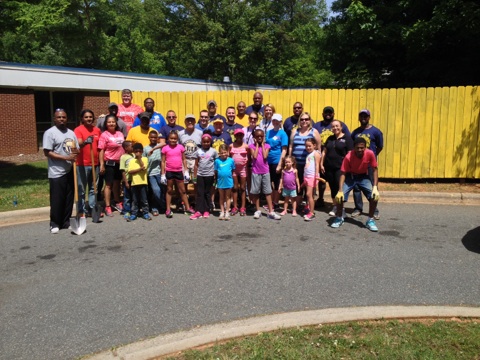 In her book, Jesus CEO, Laurie Beth Jones tells the story of an athlete about to compete in a 100-yard dash at the Special Olympics in Dallas.   The young man had trained long and hard for many months to prepare for the competition. He had made his way through the preliminary competitions and now he was ready and eager to run in the finals. However, when the starter’s gun sounded, the excitement of the moment overcame the young man. In his haste to get started, he caught his toe, stumbled and fell to the ground, just in front of the starting blocks.   It appeared his dream was over.

Now all the other competitors were as eager as him to win the race. But then they realized what had happened. One by one they noticed their fellow competitor had fallen. One by one they stopped and one by one they returned to the starting line to help their brother. Together they helped him to his feet and brushed him off.   Then, they all joined arms and walked the remainder of the 100 yards together, crossing the finish line at the same time.   The crowd erupted in cheers.

Ms. Jones says that Jesus had a rule for situations like this. It is “nobody wins until we all do.” She goes on to wonder what the world would be like if we all lived by that simple rule. This is one of my favorite stories.   Recently, I saw a version of it play out here in Charlotte.

Time For a Facelift

On a sunny Saturday in May, a group gathered at a local elementary school in need of a “facelift”. I counted 22 Be There Dads from 4 other schools, 2 Principals, 3 teachers and 10 children. All had gathered to help make this school “a better place” for the children who attended it.

In about 7 hours that day, dads and their children painted the school color yellow on about 200 feet of stockade fence which had not been touched since the Kennedy administration. Four large planter boxes and several individual boxes received a coat of the same color before they were filled with fresh plants and flowers and placed near the school entrance.   The shoes and shirts of most of the volunteers carried home samples of the paint color for others to see.

An indoor atrium received a complete renovation from topsoil to mulch to a well-planned array of flowers and plants. The school grounds were raked, trash was picked up, and then a fresh layer of mulch was spread around much of the building. A dozen raised wooden flower boxes were moved to the playground area and filled with more plants and flowers. Not only did this add to the beauty of the area, but caring for the flowers in the future would become an opportunity for teaching the school children about responsibility.

At the end of the day, the school looked like a place where students would want to come to learn and a place where parents could be proud. The Principal was delighted as the final touch, a custom made replica of the school mascot, a bumble bee was attached near the front door.

On this first warm day of late spring, perspiration dripped from the foreheads of dads accustomed to working in offices all week. Shoveling mulch, pushing wheelbarrows, and painting for hours, most of the dads used muscles they hadn’t called on for a while. But they worked on and completed the tasks.

As they watched the projects move towards completion, the dads realized they were making a difference in the lives of others. As they grew weary, they realized that they did not even know the children who would be most impacted by their efforts. It dawned on most that this was an example of service and love for others.

For dads, there was the opportunity to share those feelings with the kids who were painting the fence [and their own shirts]. For some, the car ride home would allow for conversation about the day. For all there would be the chance to share the accomplishments of the day at the dinner table that evening. Reflecting on our roles, spending time with our kids, providing service to others. Aren’t those the objectives we set out for Be There Dads?

As I took my turn painting I was reminded of the 100 yard dash. Alongside 10 other folks with rollers and brushes in hand, our goal wasn’t to see who finished first, but that we all finished together. That we made the fence look yellow and new. Ms. Jones told us that life is about running the race… together.   It is not about who has a nicer looking school or better facilities but that all children have the same opportunity. Life is about getting all our children to the finish line.

I believe that God is waiting for us all to understand this rule. It is not about each of us winning but about all of us winning…. Nobody wins until we all do.   And when, as a community, we finally figure that out, God will declare victory because His children will have discovered the most important rule of all… love your neighbor.

So I was proud to be a part of this first community service day.   Others did the planning and organization. I just had to show up and work [the power of presence?] Along with two dozen other Be There Dads and their kids, we helped some others who needed a hand.

There were no ribbons or medals that day. But, perhaps we moved the community closer to finishing the race…