Showing our kids how to serve 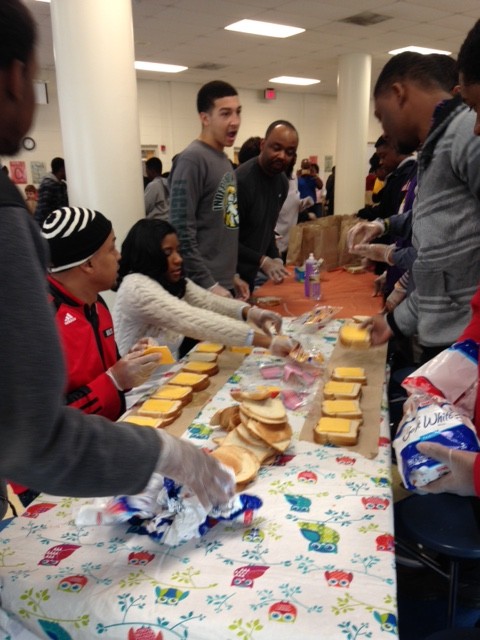 Show up and Serve

I stood in the cafeteria of an elementary school where we support a thriving dads group. This was Martin Luther King Day and school was not in session. However there were about 120 moms, dads and children busily at work.

The people in the room were leaning over tables making sandwiches in assembly line fashion. In a short time they would make over 800 then pack them in brown bags with chips and cookies to make as many lunches.   These lunches would be transported to the local urban ministry and hungry men would be fed over the next day or two.

I stood in admiration and amazement. Parents and children giving part of their holiday to serve others. They were serving others that they would never meet. They would never see their faces or know their names, yet they knew this was the right thing to do. Each person in that room knew the rules just as we all do. Do unto to others, as you would have them do unto to you. Help those who cannot help themselves. Love your neighbor.

The difference today? These folks were actually “walking the talk”. They were putting the lessons into action. No longer thinking about it. Not talking about it. Just doing it.   The event had been organized by the Young Black Men Alliance and the school’s PTA president. Truth be told, all the participants had to do that day was to show up and give their time. The ingredients for the lunches were supplied. The process to put them together already defined. Show up and serve. As I often say, yes it is just that simple. But they showed up. And in less time than it took for the Panthers to eliminate the Seahawks from the playoffs the day before, they made enough sandwiches to feed a section of Bank of America stadium.

As I stood there wearing my Be There Dad shirt, I saw some of our dream coming true. Parents and children were working together. This is how we teach our kids. This is how we ensure our values will endure. This is how we survive and prosper as a community. We come together and teach our kids. In that same building on Tuesday, those children would learn reading and math from skilled and dedicated teachers, as they should; but today they learned values and lessons of community from their parents, as they should.  Be There Parents… what a great idea [smile]

On a regular basis we hear people question how to address the social issues of our time – homelessness, poverty, hunger and the like. Today in that cafeteria, a hundred people stopped talking and addressed one of those problems. Last week someone proposed eliminating poverty by dividing the winnings of the lottery evenly. We all laughed when we discovered the math was wrong and each person would only receive $4.33. Collectively we dismissed the solution because it wouldn’t solve the whole problem. But, today I saw lunches in brown bags worth less than $4.33 each being loaded in boxes for distribution. Hunger wasn’t eliminated. But, I wonder if the men who receive those lunches will be pleased that our group did not wait until they could solve the whole problem?

Our presence will make the difference

Serving others. This weekend I attended the memorial service of a woman who died much too early. Cancer took her. But during her eight or so years battling the disease, she worked bringing folks together to raise awareness and to raise funds for research. Through her attitude and works, she inspired others. Because of increased awareness, maybe someone is now cancer free. Perhaps someone lived a day, a week or a month longer because they were inspired by her to fight a little longer.

One eulogist addressed her daughters assuring them that the thing their mother valued most was spending time with them. Her presence in their lives allowed her to share her spirit and her values.   Surely those young girls will see the world differently and will serve others because they saw their mother give her life to loving her neighbors.

We are encouraged to love and serve others. We are encouraged to teach our children to do they same. How can we do that? By showing them. By standing beside them and making sandwiches on a school holiday. Standing beside them and serving our neighbors … whoever they are. Our presence will make the difference, to our neighbors, to our community and to our children. We just need to be there. 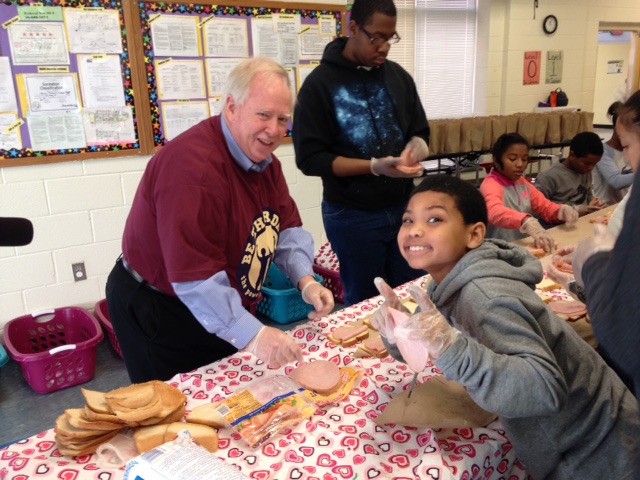 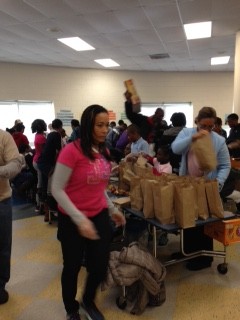 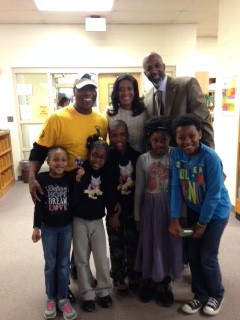 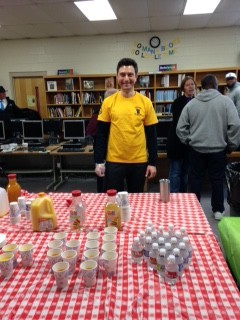