I Still Hear It

I am 67 years old. I have a good education and lots of life experience; yet, still whenever I sit down to write an article like this, whenever I speak in front of an audience,

whenever I need to make a decision or try to solve a problem, I hear a voice. I hear a voice that is comforting and calming. A voice that encourages me and gives me confidence. I hear a voice repeating lessons and instructions.  At appropriate times, the voice reminds me of the distinction between right and wrong. It is a voice that urges compassion and inclusion. The voice speaks of integrity, loyalty and perseverance.

The voice is unique. I have heard it all of my life, so I recognize it immediately.  It is always there. That voice belongs to my dad. Whenever I hear it, I gently whisper my gratitude. [By the way, my father passed away eighteen years ago]

The voice crept into my head and my consciousness over many years. That voice and the wisdom it speaks came to me through many hours of time spent listening. During conversations at the dinner table it educated me about the day’s events. It shared lessons on problem solving while doing math homework. A reminder about the value of discipline and practice while playing catch in the front yard. It quietly revealed the wonders of nature while fishing in a rowboat. It declared the virtue of honesty as I looked downward at my own shoes during a stern talking to. It came with dirty hands while changing a flat tire.  It whispered the joys and responsibilities of fatherhood after the birth of my children. For me, the voice defined a vision of manhood and the guard rails of that journey. The voice spoke to me hundreds of times. I have heard it hundreds of times since.

Before you act, stop and think. Turn a wrench. Left to loosen, right to tighten. Measure twice. Cut once. Shake a hand with confidence. Do it right the first time.  One chance to make a first impression. Pay your taxes. Stand up straight. Treat others with respect. Take care of your family. Those lessons have been chronicled in my head and heart. 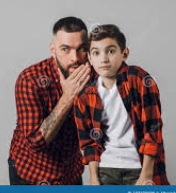 The voice in my head is powerful. Other voices have tried to drown it out, but few have succeeded.  Other men tell me they hear their dads as I do. While these articles are focused on an audience of dads; I know that mothers, grandparents, aunts, uncles and other dad like persons have imparted their wisdom as well. I’ll bet you have someone who talks to you.

I have tried to leave recordings for my children as well.  I hope they have heard them.  When including the “different one” at a cafeteria table. When deciding to skip a class. In the moments before a big game or important test. The first time they drove alone. On prom night when they were enticed with choices. Deciding to calmly walk away from an argument that had escalated too far out of control.

Today I wonder about the many influences our children face and the voices they may hear trying to “guide” them. Especially the voices on social media. Many are so persuasive. While there is much positive on the internet, some influences can lead to terrible things. When we read about the hate crimes committed, the mass shootings and other violence, we often read about the influences of social media on the instigators. There are others trying to put ideas in our children’s heads to arouse and excite questionable actions. These are the voices that our children hear today.

This year already there have been over two hundred mass shootings in our country. As recently as this week, many of them have been committed by young men – boys, really. I have to wonder who 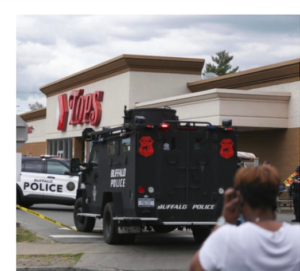 they are listening to. Which voices are they hearing and what directions are they following? I am sure that of the two hundred shooters, there was more than one voice inciting them to action. There are other complicating factors that need to be addressed – mental illness, poverty, racism among them. But, I wonder – in how many of those terrible situations – if they had heard the positive voice of a dad guiding them, would the outcome have been different?  A reminder of right and wrong; reinforcement of their positive self-concept: or confirmation that they had someone who would listen. Might their voice have caused them to “stop and think” before they acted?

I believe as dads, we can make our presence powerful and influential. We can assure that our voices are the ones our children hear in times of decision, doubt and frustration.  No doubt, it takes time. No doubt it takes effort. Our children may not always like it.  It may be awkward. But we have to be the dads. We must devote a lifetime to conversation.  We can become their voice.

There is much to be done to stop the violence. There is not one cause and not one solution. But, there is one step we can take. We can change the narrative. We can work to keep our own kids – and those kids we 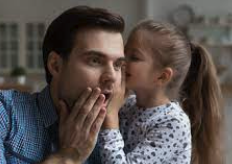 can influence – on the right path. We can assure them that we are someone they can talk to. We can give them the benefit of our life experiences. We can listen to their frustrations. We can listen to their dreams and show interest in their lives. We can give them perspective on the other voices that try to influence them. Ours can be the voices they hear in those moments of decision. We can hope they will hear us and then whisper back a thoughtful response before they act.

Someone’s life may depend on it.

Taking an Oath
August 4, 2022
Search BeThereDad.org
Most Recent News
Be There Dad Archives
Go to Top