A Time to Speak – Another Parable 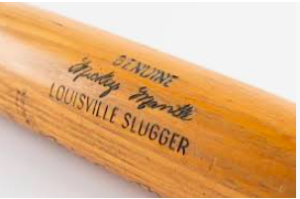 A Time to Speak – Another Parable

In Be There Dad, I wrote “we do not grow because we know the answers, rather because we struggle with the questions.”  I did not claim to have the answers.  I did not claim that mine was the only way.  I claimed to tell where I had been, what I had done, how I had felt and what I had learned in hopes that my experiences might encourage other dads to be present in their children’s lives.

Taking Professor Randy Pausch’s advice from his book, The Last Lecture, “do not tell them how to live, just tell them the stories”, I set out to tell the stories that had helped me find answers to my own questions.  I called these stories the parables of my life.

Since then, I have told and retold those and other stories that led me to become the kind of dad I thought I should be.  When I have told my stories, dads have listened.  Maybe they have found something they could apply to their own parenting situation.  Maybe not.  I have said what I needed to say and hoped that it might touch the hearts of other dads. Through articles like this one, I have hoped that when dads listened, they would think for themselves, then engage to make a difference in the lives of children.  So, today, I share my voice again, on behalf of the children.

Years ago, I decided I would not own a gun.  For me, it was a personal choice. There were too many down sides.  After I married and brought children into my life, I became more convinced that not owning a gun was the right decision for me.

Like most dads, I felt a need to protect myself and my family from unexpected threats.  But rather than buying a gun, I got a baseball bat.  For almost forty years, my trusty bat has laid just under my bed where I can easily reach it.  If an intruder is ever brazened enough to break into my house and come up the stairs towards my family, they will meet with the business end of a Louisville Slugger.  Like a fire drill, I have thought out my plan of defense.  While my wife is calling 911, I will position myself to meet anyone coming up the stairs.   With adrenaline pumping and years of practice hitting fly balls as a coach; I feel confident I can make good contact and send an attacker back down where he came from.

Confident in my plan, I rest easy at night.  I have shared the plan with my children who are now grown and live on their own.  Neither one owns a gun.  When my daughter moved into her first apartment, I gave her a bat and showed her how to use it.  Today, I am sure she can defend herself, too.  This is the stand our family has taken.

My bat will serve me well.  Together we can protect my family.  One might argue that I should have a pistol in my bedside table.  In my opinion, I believe I could be as effective with my bat at close range.  I will take my chances.  Some may laugh at me and my bat.  I wonder if they will feel differently when they come up my stairs unannounced, then return with the “Louisville Slugger” trademark imprinted on their forehead?

Here’s the thing.  In forty years, neither of my children ever found my bat and accidentally killed a playmate.  It never went off accidently when I was cleaning it.  No one has stolen my bat to use it in a robbery, drug deal or mass killing.   In forty years, I have never had the occasion to use it against another person, but my bat lays quietly waiting to join me it if that day ever comes.

Like all the questions I have asked myself, I continue to wonder about this one.

I am not opposed to others having guns for specific legal purposes.  Shooting targets and clay pigeons.  My father owned target pistols. To hunt wild birds and animals. My grandfather hunted to feed his family.  What worries me is why we allow the automatic weapons which are regularly involved in the mass shootings… assault rifles and guns with magazines for multiple rounds of ammunition.  Why do we need those?

Some would say that taking those weapons is a step towards limiting our rights under our Constitution.  If limiting my rights to have an assault rifle would have saved just one precious life at Sandy Hook, I will gladly give up that right.  I cannot imagine the heartache of the parents whose children were killed that day.  I cannot imagine the heartache of the other parents, children, relatives and friends who have had their loved ones needlessly killed in other mass shootings in this country.

I am disturbed about gun violence.  I am concerned that people in our country are obtaining assault weapons and killing innocent people.  I am worried that people are using these weapons to kill children.  As a committed advocate for children, I feel a need to speak.  I feel a need to say we need to stop the killing.  Children at school.  Innocent people attending movies and concerts. Young men trying to resolve disputes.  While I recognize there are many other parts to the solution of this problem; I believe that if the shooters did not have access to assault weapons, the future would be much different.

I will not try to convince anyone of a solution.  As I said in the beginning, I hope you will listen, then think again for yourself.  Through Be There Dad I have a small platform where my voice is heard. I know, because you are reading this.  I bet this is not the first time you have read my stuff, so I am hopeful you might listen to one more  parable of my life.  Maybe you will find comfort or courage in knowing that my family does not own guns.

My prayer is that as a nation, we will finally do something about gun violence.  I do not own a gun.  I never will.  I will vote for elected officials who share my view.  I will engage others in conversation.  I will use Be There Dad to let my voice be heard.  This is my time to speak. Every journey starts with a single step.  Every line starts with a single person.  Today, I join the line to ban assault weapons.

We have the opportunity to save lives.  We need to do something.  Large or small, individually or collectively, we need to move to a day when the killing will stop.  The time for talk has long passed.   Please do something.